Calling all April babies, if you didn’t know already your birthstone is the most valuable of them all - the diamond. This precious and sophisticated gem is possibly the most popular and coveted of them all and they are in fact billions of years old!

How are diamonds formed?

Most people covet diamonds, but most don’t actually know how they are formed. Natural diamonds first originate as carbon in the Earth’s mantle (the layer underneath the crust). The heat and the high pressure of the Earth’s surface on the mantle is what encourages the carbon to bond together. The bonding of the atoms causes crystals to form beautiful diamonds which then make their way to the surface, more commonly through volcanic eruptions.

Where did the diamond get its name?

You may be curious as to how the diamond received its name. It actually derives from the Greek term “adamas” which translates to mean invincible. This translation is quite fitting with the qualities which the diamond possesses, as they are known for their incredible strength. In fact they are thought to be 58 times harder than any other mineral on Earth.

What do diamonds symbolise?

The diamond is thought to represent strength, resilience, power and courage - after all, diamonds are forever. For centuries they have been prized as a symbol of everlasting love, with the Roman’s even believing that Cupid’s arrows were tipped with diamonds. It is also thought by some that diamonds enhance the longevity of the wearer’s relationships which is why engagement rings are typically adorned with the precious stone.

What is the meaning of birthstones?

As far a tradition goes, it is believed that gifting a birthstone in a piece of jewellery gives the wearer good luck and protection. There are common associations with certain gems and specific ‘healing powers’, with the diamond thought to help promote creativity and imagination whilst making the wearer feel more joyful.

April babies are thought to be bright, vivacious and optimistic. William Shakespeare, Elizabeth II, Leonardo Da Vinci, Jessica Alba, Mandy Moore and Eddie Murphy are just some of the names who were born in April too, and also share the diamond as their birthstone.

Are there any iconic movies with diamonds?

Tonnes of them! Hollywood is obsessed with the glamour possessed by the diamond. The large black diamond ring, which Mr Big proposed to Carrie Bradshaw with in Sex and the City, is arguably one of the most famous engagement rings. Or how about the infamous blue Diamond Heart Necklace which features in the Titanic - dubbed the “Heart of the Ocean”, although completely fictional, it seems to possess a lot of similarities to the Hope Diamond. Then there is the classic “diamonds are a girl’s best friend” song performed by Marilyn Monroe in the iconic film - Gentlemen Prefer Blondes.

What should I look for when buying diamonds?

Diamonds make a great gift for that special someone, whether to show love, commitment or simply to show you care. It is important to consider the 4 C’s; cut, clarity, colour and carat when searching for that ideal piece of diamond jewellery. You should look for a diamond which is well-proportioned in order for it to produce the maximum amount of sparkle. See our diamond buying guide for further help. 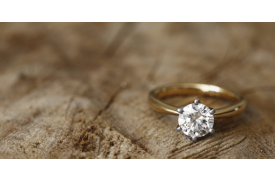 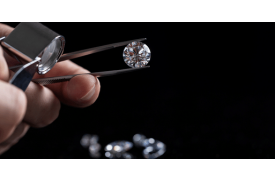 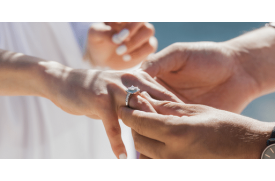 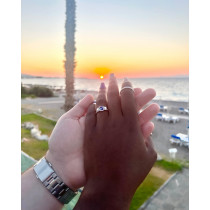